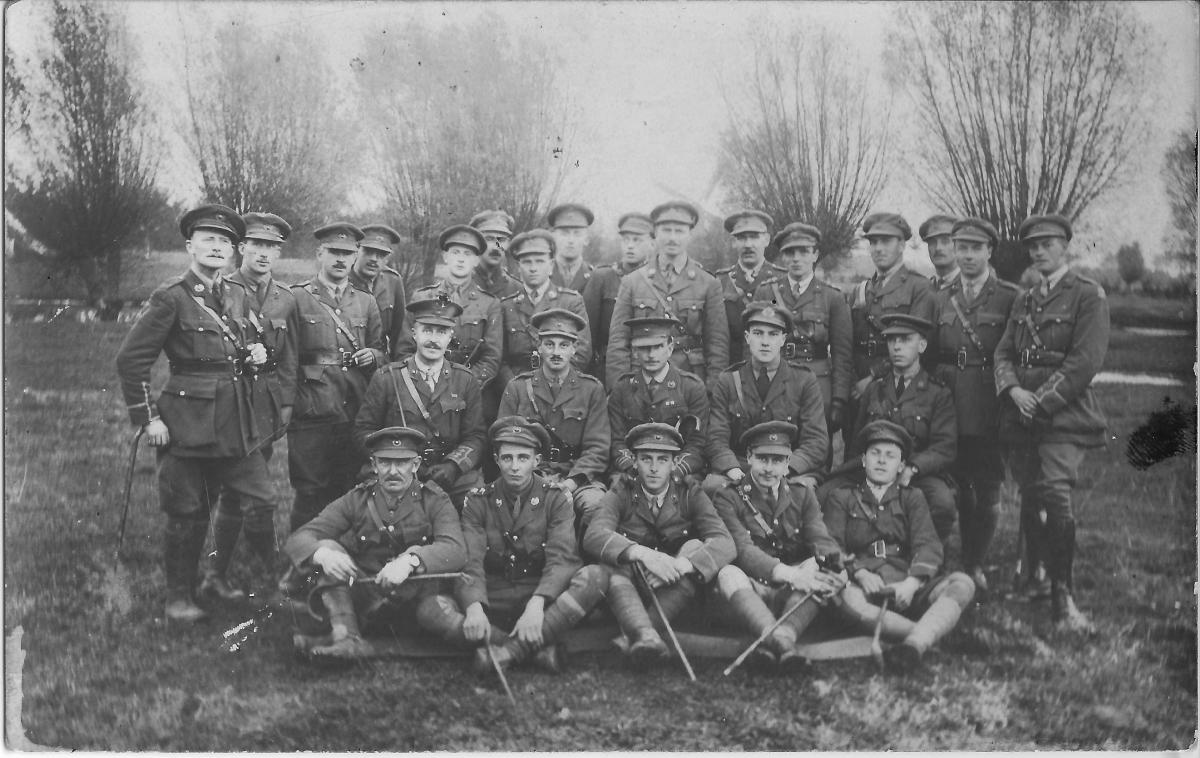 a story of the 1RMLI at bray farm 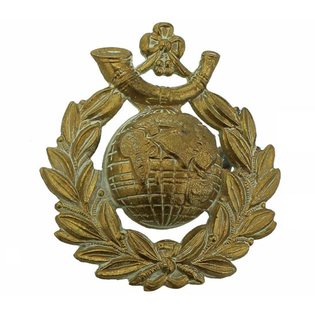 As they lined up for the attack 1RMLI had a strength of 16 officers and 597 Marines.They were to advance on a front 900m wide between the Lekkerboterbeek stream on
the left and Inch Houses on the right. Their objective was to advance 900m capturing
Berks Houses, Banff House and Bray Farm. ...
Heavy rain fell all night filling the shell holes with water.
Mud made the ground almost impassable but at 05:40am on 26th October 1917
the British Artillery barrage opened up and 1RMLI advanced.
Despite heavy machine gun and sniper fire the battalion succeeded in taking all their objectives,
but casualties were very heavy. The battalion held their new positions and the following
day were replaced by Hawke Battalion.
1RMLI withdraw to Irish Farm north of Ypres. 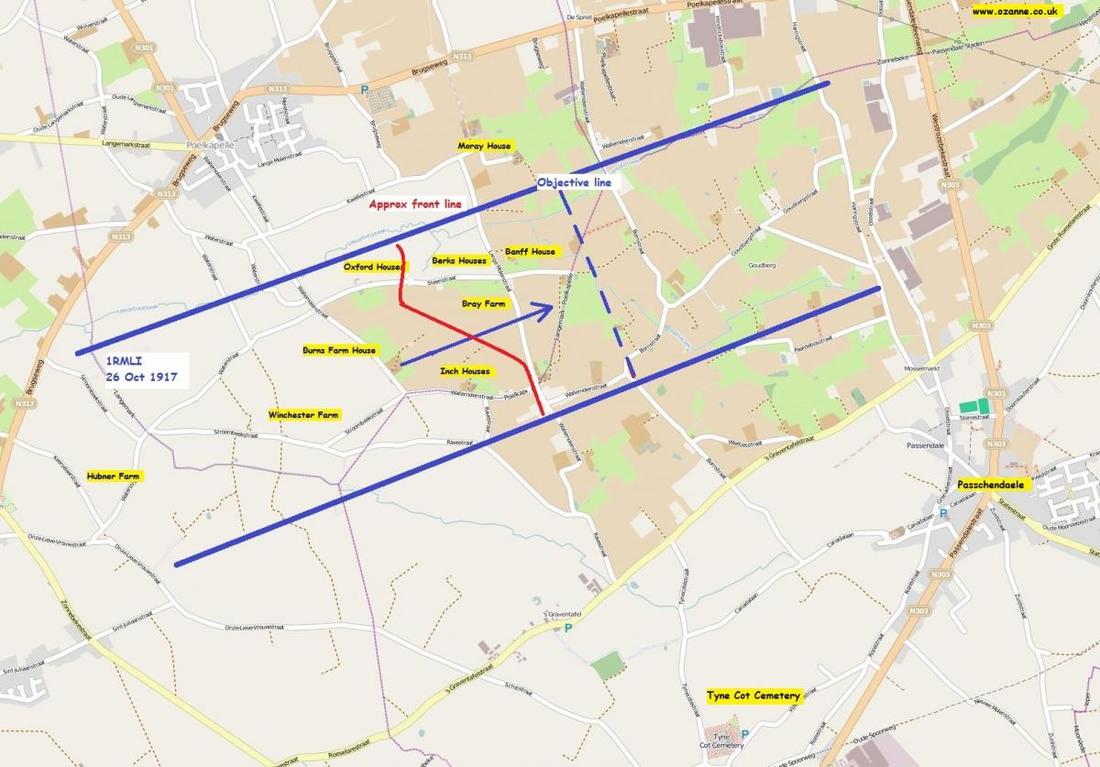